10 reasons for a boat holiday in Corsica | GotoSailing

10 reasons for a boat holiday in Corsica

Corsica, a tiny island in the Mediterranean, has traces of Italy, although it belongs to France. Carrying traces of the past with its historical cities surrounded by walls, each with its own castle, Corsica is a quiet getaway for sailors with its emerald sea, soft sandy beaches and small fishing villages. You can rent a boat from Sardinia Island to explore the island and enjoy its sheltered harbors. 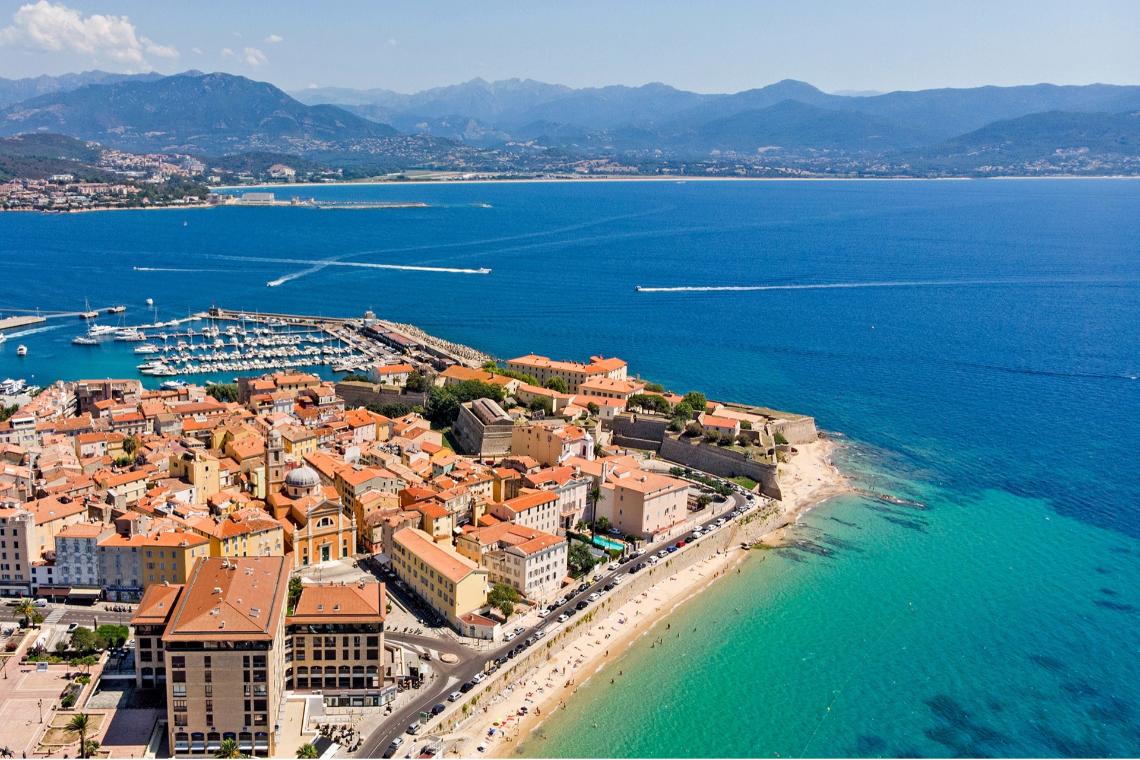 1. Bonifacio with its cave and lagoons

Bonifacio, located at the southernmost tip of Corsica, is the most convenient point as the first stop on the island after renting a boat, as it is the closest city to Sardinia. Located in a fjord full of caves, Bonifacio is also home to the island's oldest castle. The marina of the city is a very comfortable mooring place for guests. The caves and lagoons hidden in the high walls around Bonifacio are very enjoyable routes for daily sailing cruises. With its extraordinary nature, Bonifacio is a must-stop for those who come to Corsica, especially for a boat holiday.

2. Porto-Vecchio with its sheltered sea 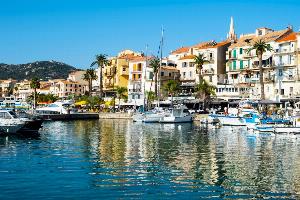 Sari Solenzara, north of Porto Vecchio, with its small marina right next to the river, is a favorite with those who want to take a secluded break from their boat holiday. This region is also a paradise for mussels, oysters and scallops, which are among the most delicious dishes of Corsican cuisine, thanks to the salt water lakes just behind the coast. Therefore, if you want to spice up your sea vacation with these flavors, Sari Solenzara is the right place. Sari Solenzara, which is a mountainous and forested region, also has climbing and hiking routes.

4. The Genoese city of Bastia 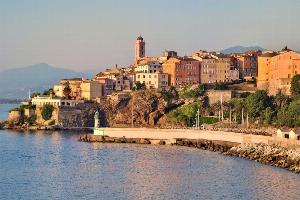 Bastia, the second largest city of Corsica, also has the busiest port on the island. Bastia, which has the air of an Italian city, offers Mediterranean flavors to those who come for a sailing holiday with its trattorias and delicious food. Traditional Genoese-style buildings spread all over the city, transporting visitors to the past with their windows hung with colorful laundry. The village of San Martino di Lota, just north of the city, overlooks the Tuscan islands of Elba and Pianosa, 30 miles away. By renting a boat in Bastia, you can create daily sailing routes to the beaches in the immediate vicinity.

5. Cap Corse, the northernmost of Corsica

Cap Corse, the northernmost tip of the Island of Corsica, is surrounded by Bastia on the east coast and St. About 20 miles from Florent. Extending to the north, this promontory is one of the favorite stopping points for guests on a yacht. Erbalunga is the most striking village in Cap Corse, where there are many large and small fishing villages. Located just before the Cap Corse Lighthouse, the sheltered Macinaggio Marina is a secure mooring point for boat charters. Cap Corse attracts everyone with its emerald green beaches.

6. Calvi with a unique history

One of the most important stops of the Corsican riviera, Calvi is located on the west coast of the island. The city impresses those on a boat holiday, especially with its magnificent castle overlooking the sea. Located in the northwest of the island, Calvi offers shade to its guests throughout the summer with its narrow streets and tall buildings. Calvi is not only a history buff, but also welcomes its visitors who come for a sea holiday with all its generosity. Calvi's beach, famous for its white sand, promises a holiday in the lap of both history and the sea, with the view of Calvi Castle behind it.

7. Girolata, the fishing village away from it all

Those who unhook from Calvi and sail southward witness the magnificent nature of Corsica along the way. Those who cruise this coast, which has a fascinating view with its beaches and forests right behind it, reach Girolata Village in the later part of the course. This village in Girolata Bay offers its guests a safe anchorage with its sheltered sea. Girolata, an extremely isolated fishing village, is a favorite who want a quiet stop on their boat holiday with its few restaurants serving fresh fish, cafes and crystal clear sea.

Famous for her historical attractions‚ cuisine and unique culture‚ France offers a variety of faces in her inland waterways as well as its northern and southern shores. The south coast of France stretches from Spain in the west to the Italian border in the east. Here you can enjoy fancy and luxurious port cities such as Nice and St. Tropez‚ and also visit small fishing villages.

After anchoring in Calvi for the night, a short boat cruise south of about three miles reaches Porto Bay. When you rent a boat in Porto, which is a very small bay, the high mountains behind will fascinate you. Mountains with a breathtaking view make this bay different from other anchorages on the island. The historical town of Piana, seen from the shore with its clusters of houses, is located on the top of the mountains. Those wishing to enjoy the mountainous coast of Porto Bay during their sailing holiday can anchor at the beach just outside the port, whose entrance is quite tricky.

9. Sagone Bay for those who want to socialize

Sagone Bay is the perfect option for those who want to add some action to their boat holiday after a few days of isolation in Girolata, Porto. Located south of Porto, Sagone is famous for its lively life. Sagone Bay welcomes its sailor guests with its clear sea and pleasant beaches, restaurants and bars, you can easily anchor in the east and northwest sections. The small pier in the southwest also serves for those who stay in the alarga to tie their dingy. Chiuni, the most popular beach in Sagone, is very convenient especially for those who rent a boat.

10. Not without visiting the capital city, Ajaccio.

The capital, Ajaccio, which can be reached at the end of the boat cruise from Sagone Bay to the south, is the largest city on the island. Ajaccio, a very small capital with a population of 65,000, has everything you need. Boaters greet the 16th century castle in the harbor and then step into the city. Although Ajaccio is a big city, it is also a very suitable region for a sea holiday with its beaches. Boat charters can connect to Port Ornano. Those who want a quieter stay may prefer the beaches in the south of the city.

If you have any story, insights, advice, tips or experience to share with your fellow sailors, please send it to [email protected]. We will publish it on our website with your name!