Greece is one of the most special countries in the world. What makes it special is its extraordinary geography. Everywhere you step in Greece is the sea. It is not possible to estimate the number of beaches in the country with approximately 6,000 islands. At the same time, Greece is one of the most important boat rental centers in the world, and the still hidden beaches of Greece make the boat vacation experience on these shores unique. 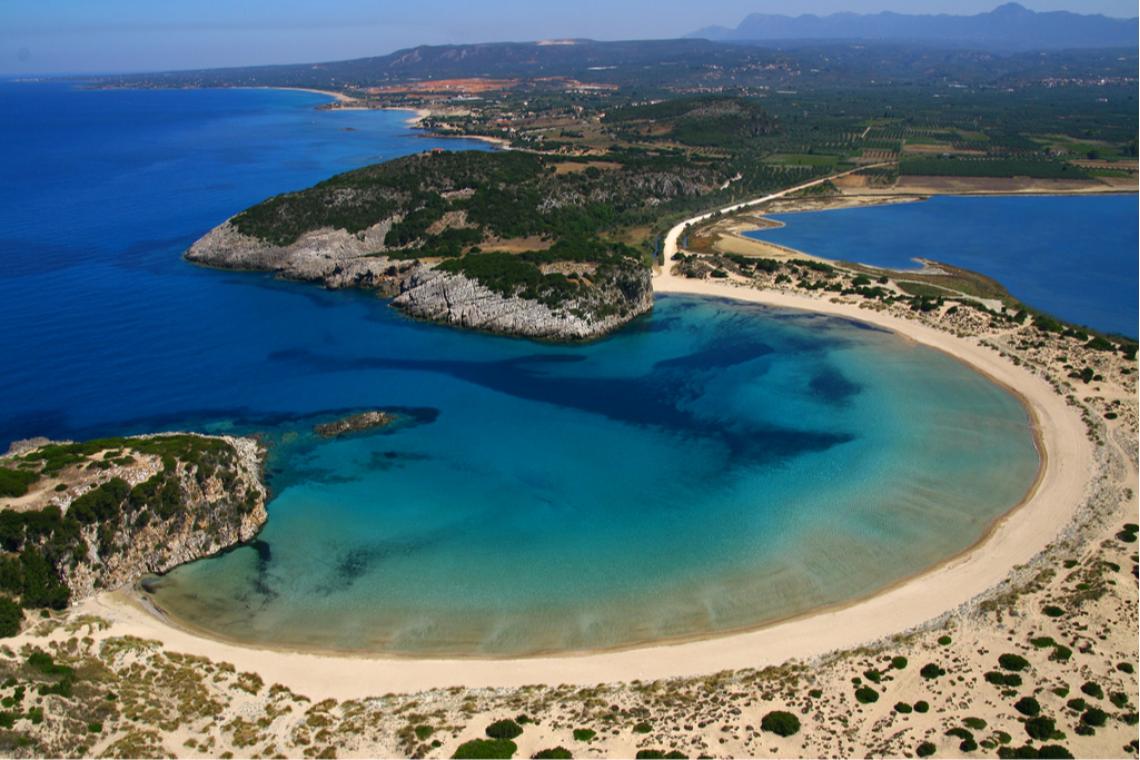 About a mile south of Paxos, you can reach this small island by renting a boat from Corfu Island or by including it in your Ionian Islands boat tour route. It is such a small island that only 20 people were counted as living here in 2011. The hidden paradise of Antipaxos, which is a small but perfect route for a sea vacation, is Voutumi, which is also the largest beach. With a tropical jungle-like forest and rocky coastline, Voutumi's neighboring beaches of Vrika and Mesovriaka are just a short boat ride away. 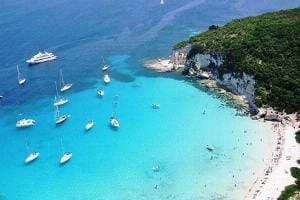 To reach Kalogria Beach, you can rent a boat from Patras, Greece's largest city after Athens and Thessaloniki, or include it in your Ionian Islands boat tour. After about 24 nautical miles of sailing westward from Patras, you will reach Kalogria Beach, which resembles an African beach with its endless expanse of sand. Just behind the beach, the Strofylia National Park, covered with "amoeba trees", will add adventure to your seaside vacation. Foxes, badgers, otters are just some of the wild animals you may encounter when you visit the national park. 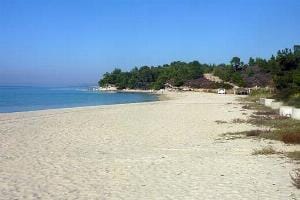 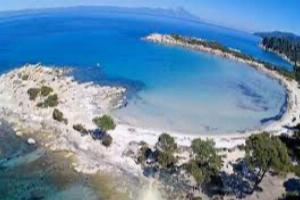 Ithaca is a tiny island of about 100 square kilometers. Gidaki ’ is easily accessible by renting a boat from Kefalonia Island. Or you can include it in your Ionian Islands boat tour. The fact that it can only be reached by land via a small path from Vathy makes Gidaki Beach unique for those on a boat vacation. Gidaki's sandy beach, which is very narrow due to the rocky shore running perpendicular to the sea, offers a magnificent sea away from everyone, especially for boat travelers. 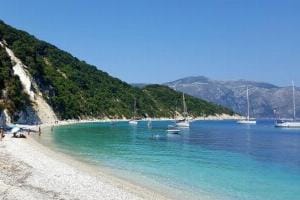 If we are on the island of Kefalonia, let's visit a secret beach in this region. Kefalonia, which is quite small compared to the others, is one of the most popular stops of Greek sea vacation routes. When it comes to Kefalonia, the first thing that comes to everyone's mind is Myrtos Beach. However, very few people know Fteri Beach in the north of the island. The sea caves around Fteri Beach, which is not accessible by road, add color to the Kefalonia boat holiday. 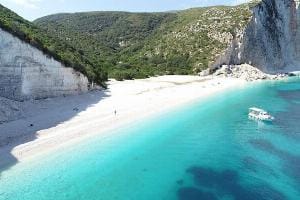 Messenia, in the southwest of the Peloponnese Peninsula, can be reached by renting a boat from Patras. Voïdokoilia Beach, a secluded option for those on a boat vacation on this route, has an unusual appearance with its shape resembling the letter omega. Sand dunes and cliffs give this beach a very different shape. Voted one of the 17 best beaches in Greece in 2016 by The Telegraph newspaper, it's always deserted as it's difficult to reach by land, but it's always a paradise for those boating in the Peloponnese. 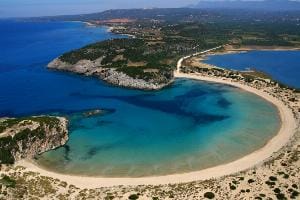 Elafonissos Island has been described as Greece's Caribbean. The reason, of course, is its white sandy beaches and turquoise sea. Elafonissos, located among the Ionian Islands, is so small and difficult to reach that only sailors who know this place go to this island. If you want to add another deserted beach to your Ionian Islands boat vacation route, you should stop by Simos Beach. 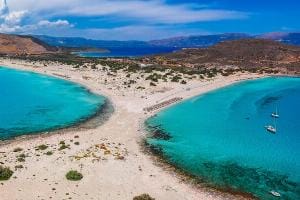 Zakinthos Island is one of the most popular islands in Greece for those who love sea vacations. One of the largest of the Ionian Islands, Zakynthos is full of fun and cool beaches. One of the favorite stops for those who prefer solitude is Porto Limnionas Beach instead of the popular Zakhintos Beaches. There is only one taverna in this extremely sheltered bay, Porto Limnionas Tavern. This is a beach that those renting a boat in Zakhintos should definitely not skip. 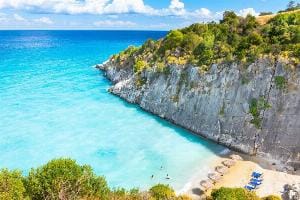 Renting a boat in Rhodes, the largest of the Dodecanese Islands, can be one of the most unique experiences of your life. Fokia Beach is one of the first things that comes to mind when it comes to deserted coves in Rhodes, one of the easternmost islands of Greece. Just eight miles from Lindos, a fisherman's cove, this beach, which has no facilities, can be reached either by foot or by boat. 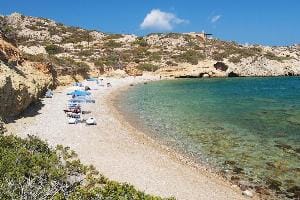 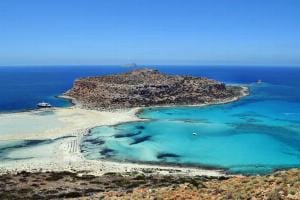 If you have any story, insights, advice, tips or experience to share with your fellow sailors, please send it to [email protected]. We will publish it on our website with your name!